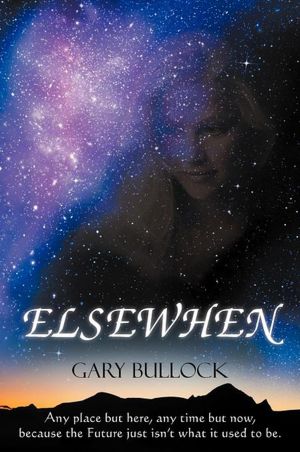 On a world he doesn't yet know is doomed, Lije, an astrophysicist, sits at a radar tracking station, tracking boring space junk. One night, he notices a satellite veering off course before disappearing into the darkness. Curious, he investigates and discovers a small black hole - and it's getting closer. The Earth has maybe two weeks before it is swallowed. Years before, Lije's life took a dark turn when Laura Bess, the love of his life, was lost in a plane crash. Little does he know, but this seemingly random discovery in the night sky holds the key to a happiness he never dared to dream he could know again. After his shift, as he's grabbing a bite in a coffee shop, his lost love walks up and says hello. Laura Bess, it turns out, is alive-and living in an alternate reality. After Lije gets over his shock, Laura Bess explains that, using a skill she's had since childhood, she was able to step aside; from the crashing plane into one of the alternate universes she calls elsewhens - but she was trapped. In her new life, she finds work at a top-secret teleportation program, hoping to make her way back to Lije. When she is seen vanishing to connect with Lije, the authorities think that she has stolen the secret to teleportation. Now, Lije must rescue Laura from a sadistic security agent from her alternate universe. With the black hole closing in on his world, can they find a way to cross over to a third elsewhen before it's too late?