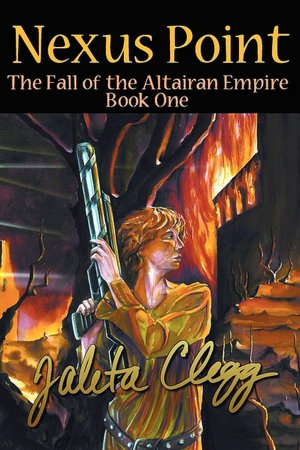 Dace's wants are simple - a trading ship and the freedom to fly where she chooses. But on her first trip, her crew betrays her, her ship explodes, and she finds herself stranded on Dadilan, a planet locked in a feudal age. Survival is hard enough when you have no technology or resources. It's even harder when you have drug smugglers hunting you. Dadilan is the source of shara, a drug that enhances psychic abilities, a commodity so rare and precious people will kill for it. Trapped between rival smugglers and the Patrol undercover investigation, Dace has one hope of rescue: convincing Tayvis, the undercover agent, she's an innocent bystander. But those don't exist on Dadilan. No one lands without authorization, unless they are smuggling. Her ignorance may cost her life.