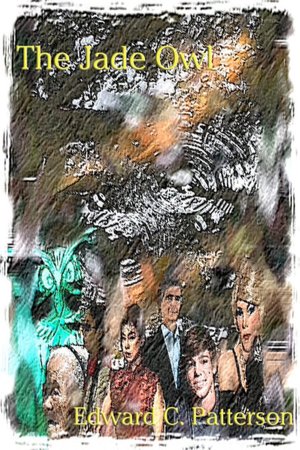 In China they whisper about the Jade Owl and its awful power. This ancient stone, commissioned by the Empress Wu and crafted by a mineral charmer, long haunted the folk of the Middle Kingdom until it vanished into an enigma of legend and lore. Now the Jade Owl is found. It wakes to steal the day from day. Its power to enchant and distort rises again. "Readers, run, do not walk to your nearest book outlet and grab this intriguing gay mystery - Rainbow Reviews" BOOK REVIEW: by Frost's Fancy - Rainbow reviews Sinologist Professor Rowden Gray receives the opportunity of his professional lifetime, a curator position at the fabled San Francisco East Asian Museum of East Asian Arts and Culture, which houses the collection of his late mentor, "Old China Hand" John Battle. Battle's great work had been discredited due to his insistence on the Jade Owl, a mysterious missing artifact commissioned by China's only Empress. When RG arrives, he immediately discovers the position has been rescinded, he encounters a strange young man who proves to be Battle's prodigal son, and learns the Jade Owl really exists. Plunging into a drama worthy of an Errol Flynn swashbuckler, the soon-boon companions and several others are off on a life-and-death chase through San Francisco and then on to Hong Kong as the portal into China. The Jade Owl is a nonstop, don't miss page turner and only the first in a quintology, The Jade Owl Legacy series. Readers, run, do not walk to your nearest book outlet and grab this intriguing gay mystery with its fully realized characters, gay and straight and bi, roller-coaster plotting, and paranormal fantasy elements. The Jade Owl is a true winner.