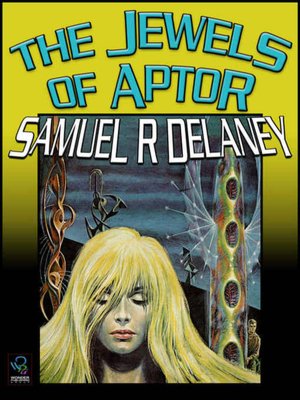 The Jewels of Aptor by Samuel R. Delany

The Jewels of Aptor storyline

QUEST AMID FUTURITY'S RUINS What was the strange impetus that drove a group of four widely different humans to embark on a fear-filled journey across a forbidden sea to a legendary land? This was Earth still, but the Earth of a future terribly changed after a planet-searing disaster, a planet of weird cults, mutated beasts, and people who were not always entirely human. As for the four who made up that questing party, they included a woman who was either a goddess, a witch, or both, a four-armed boy whose humanity was open to question, and two more men with equally "wild" talents. The story of their voyage, of the power-wielding "jewels" they sought, of the atomic and post-atomic terrors they encountered, is a