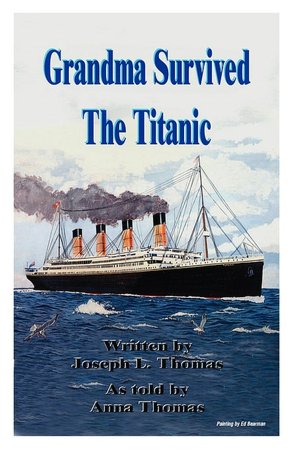 Most of us are not old enough to remember the sinking of the Titanic, since most of us were not even born, but almost everyone has a vivid, mental picture of the last minutes in the life of the huge, luxurious liner that was supposed to be unsinkable. We can see the great ship, ablaze with lights and tilting severely by the bow as the lifeboats were slowly moving away. We can only imagine what it must have been like to sit in one of those small boats and look back, or stand on the slanting deck when the realization that the unsinkable ship was going down, must have struck even the most faithful. The "women and children" mandate, though it was not followed to the letter, is an integral part of the legend, and the cause of more than one childhood nightmare, in which husbands and fathers were forever lost beneath the icy black water. Since it sank on April 14, 1912, the Titanic has been the subject of an endless stress of books, pamphlets, magazine articles, films, and even in the 1930s a country song was written by Roy Acuff, "What a Shame, When That Gre-e-eat Ship Went Down." It has been 90 years since the sinking of the Titanic, but the story, as told by Anna Thomas, is as compelling and popular as any ever written.